What Is a Quick Response (QR) Code? 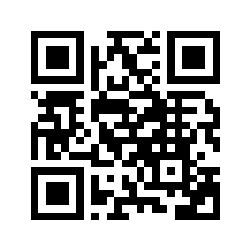 What Are QR Codes Used For ?

QR codes are frequently used to track information about products in a supply chain and – because many smartphones have built-in QR readers – they are often used in marketing and advertising campaigns. More recently, they have played a key role in helping to trace coronavirus exposure and slow the spread of the virus.


What Happens After Scanning a QR Code ?

Basically, a QR code works in the same way as a barcode at the supermarket. It is a machine-scannable image that can instantly be read using a Smartphone camera. When your Smartphone scans this code, it translate that information into something that can be easily understand by humans.


What Can You Store In a QR Code

The information stored in a QR Code is usually URLs, but anything can be stored, from contact data to calendar data, email addresses, phone numbers, SMS opening, plain text and geolocation.

A QR code doesn't “expire.” Like static QR codes, they're just a matrix of squares that contain information. But because dynamic QR codes can be made to redirect to any new information at chosen times, they can effectively expire.


Why Were QR Codes Not Popular Before ?

One of the primary reasons why QR Codes were not popular in the USA was because smartphones were not equipped with native QR Code scanning and needed a third-party app to scan the QR Codes. ... However, the onset of the COVID-19 pandemic brought back QR Codes


Why Were QR Codes Created ?

Originally, QR codes were invented in 1994 by a Toyota subsidiary named Denso Wave. The QR code was created to improve the manufacturing process of vehicles and parts. Barcode technology was significantly improved once QR codes were used as it increased barcode functionality, storage, and accuracy.

The simple answer is yes! They are relevant and will continue to be still be relevant in the coming years! In fact, QR codes are only making a huge comeback during the COVID-19 pandemic!


Where Are The QR Code Settings On My Phone ?


Can You Scan QR Codes Without An App ?


Can I Scan A QR Code Without Using Another Phone ?

Tap on Choose image, browse to your Camera Roll or photo album on iPhone, select and import the QR code image to the QR code reader app. Tap on the Scan button at the bottom right corner to start scanning. The scan result will be displayed along with the option to copy it.